Edit
watch 01:36
We're Getting Mutants in the MCU - The Loop
Do you like this video?
Play Sound

Le Service de Police Metropolitain (SPM) is the fictional police force to which belong the main characters in the Quebec television series "19-2" (not to be confused with the english language remake of the same name).

Although the real-life Montreal police service (SPVM) contributed technical advisors to the show and that it clearly takes place in Montreal, the producers adopted a fictional moniker for the organisation, a standard practice in works of fiction made in Quebec.

As far as has been seen onscreen, members of the SPM wear exactly the same types of uniform and rank insignias as members of the SPVM of the approapriate era (taking into consideration flashbacks) with only the shoulder patches being different although still clearly inspired by those of the SPVM. 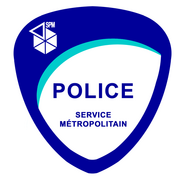 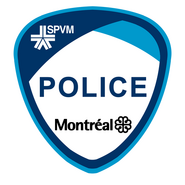