Orphan Black is a Canadian/US/UK co-production about a group of clones raised separately trying to find the secret behind their existence.

Like a number of canadian productions intended for exportation, the exact location of the city where most of the action takes place, let alone its name, is never mentioned outright. It was filmed in and around Toronto and based on the accent of the locals and various cue, it is clearly a north american city but less clear is whether it is in canada or the united states.

There are mentions of "federal authorities" (instead of FBI or RCMP) and any institution whose name would make the location clear is always replaced with an euphemism of some sort.

While the local police force is simply referred to as "metropolitan police", their patch gives a nod to their location as the arms used on the department's badge is clearly based on that of Toronto although in different colours.

Their uniform is the generic blue-black type common in north america.

A police captain is seen in one scene but wear neither anglo-canadian nor US style police insignias, having instead 2 chevrons pointing up on his shoulder straps. 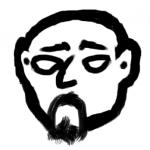